The first NFT from Casa de Alba Foundation is based on the original Christopher Columbus autograph drafts of two memoranda addressed in 1501 to King Ferdinand and Queen Isabella of Spain, valued by Christie’s at over $100 million

This first digital NFT artwork with Casa de Alba Foundation and Luminaries21, was created by Pedro José Sandoval, a Spanish-Venezuelan artist based in Madrid, Spain. Several times winner of international awards and having mingled with most of the major contemporary artists in Europe, he has been dabbling with NFTs since the mid-90s. 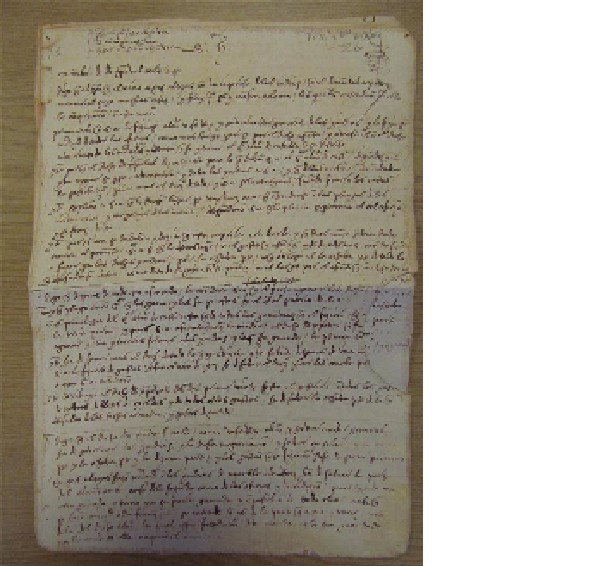 Geneva – April 28, 2022 – WISeKey International Holding Ltd. (“WISeKey”) (SIX: WIHN, NASDAQ: WKEY), a leading global cybersecurity, AI, Blockchain and IoT company, today announced that in collaboration with Casa de Alba Foundation, a Spanish institution dedicated to culture and Luminaries21, a global company for innovative and creative sponsoring, recognized as a trusted partner and an objective resource for quite 1090 World Leaders, has established a strategic partnership, allowing Casa de Alba Foundation to begin its digital transformation by bringing prestigious private collections to the field of NFTs presented on the new entrusted WISeKey WISe.ART NFT platform. This new venture from Casa de Alba Foundation will commence with one of Christoph Columbus’s letters, part of the Foundation’s collection appraised at over one hundred million dollars by Christie’s.

The Casa de Alba Foundation, based in the Palacio de Liria in Madrid, is the owner of invaluable and best private collections of cultural heritage art, preserved in more than twenty palaces and castles scattered throughout the Spanish geography, some of which are ceded to public institutions for better conservation and use.
Throughout history, its prevailing position has allowed Casa de Alba Foundation to interact with the best in the world of Spanish arts and letters.

Responding to the highest quality requirements of NFTs buyers and sellers of high-value goods, the WISe.Art platform is developing into a fully-fledged vetted marketplace. The NFT tokenization uses the WISeKey registered patent application, “System and Method for Providing Persistent Authenticatable NFT” in the USA, to increase and hold their long-term value.

This first digital NFT artwork with Casa de Alba Foundation and Luminaries21, was created by Pedro José Sandoval, a Spanish-Venezuelan artist based in Madrid, Spain. Several times winner of international awards and having mingled with most of the major contemporary artists in Europe, he has been dabbling with NFTs since the mid-90s.

The artistic creation will be 3D Digital Animation integrating a musical compilation made by Pedro Sandoval recapitulating the achievements of Christopher Columbus in the first three voyages and reciting his grievances, written in 1501 before his departure on the fourth voyage, the first referring repeatedly to himself in third person. This artistic incorporation adds additional value to the work of the NFT, giving it a unique charisma and appeal.

This prestigious NFT will be launched on WISe.Art WISeKey event in Davos (May 25, 2022) during the Human Metaverse roundtable organized by WISeKey https://www.wisekey.com/wisekey-webinar/ with the presence from the Duke of Osorno, Carlos Fitz-James Stuart among other personalities influencing the Metaverse.

For the next three years and before going on sale, the NFT will be exhibited in major museums around the world, accompanied by large paintings and sculptures based on the digital work.

About Fundacion Casa de Alba:
The Casa de Alba Foundation is a Spanish institution dedicated to culture. Established on May 14, 1975 by Cayetana Fitz-James Stuart, Duchess of Alba, aware of the important heritage of the House of Alba, which she presides over.

About WISeKey:
WISeKey (NASDAQ: WKEY; SIX Swiss Exchange: WIHN) is a leading global cybersecurity company currently deploying large scale digital identity ecosystems for people and objects using Blockchain, AI and IoT respecting the Human as the Fulcrum of the Internet. WISeKey microprocessors secure the pervasive computing shaping today’s Internet of Everything. WISeKey IoT has an install base of over 1.6 billion microchips in virtually all IoT sectors (connected cars, smart cities, drones, agricultural sensors, anti-counterfeiting, smart lighting, servers, computers, mobile phones, crypto tokens etc.). WISeKey is uniquely positioned to be at the edge of IoT as our semiconductors produce a huge amount of Big Data that, when analyzed with Artificial Intelligence (AI), can help industrial applications to predict the failure of their equipment before it happens.

Born in Venezuela in 1968 and currently based in Spain, the name of Pedro Sandoval is currently closely associated with the abstract neo-expressionist movement and is the creator of the PENTA-ABSTRACTIONISM movement worldwide. At the age of six he has won the triennial of contemporary art in the city of Osaka in Japan. The artist has a close relationship with Andy Warhol and also with his friend Gianni Versace. He has also been a disciple of Jesús Soto and has been the favorite artist for years of Sofía Inver, founder of the Caracas Museum of Contemporary Art, and of Leo Castelli, one of the best gallery owners. of the world currently the president of the proarte group worldwide. Today the works of Pedro Sandoval can be found in different museums around the world, as well as in large collections such as the White House, the Vatican Museums, the Kennedy family, the Thyssen-Bornemisza family, among others.

The only artist in the world who has won the Florence Biennale twice in 2015 and 2019, apart from everything he has been decorated in several countries around the world with different awards and many prizes.

We are a global company for innovative and creative sponsoring, and we are recognized as a trusted partner and an objective resource for quite more than 1091 World Leaders. We work with a large number of the best known and most iconic companies in excess of 100 sectors. Comingling traditional sectors, media, and entertainment coinage, we invest in emotional chances that undermine the established order. We are advisors to the world’s leading companies, helping them solve the key issues and the difficulties they face, even before they occur, and communicate with the world’s top leaders to improve their reputation and transactions so that they are fully aligned with their corporate goals and global strategies. For more information, visit www.luminaries21.com.

WISeKey Announces the Sale of its 51% Stake in ARAGO for ...