WISeKey International Holding Ltd (NASDAQ: WKEY; SIX: WIHN), a leading cyber security, IoT, and AI platform company, today announced that it has joined forces with Scaleswap for the IDO launch of the WISe.Art TrusteCoin expected to start in November 2021. The next generation scalable IDO Launchpad of Scaleswap provides an improved experience for users thanks to its use of Ethereum Layer 2 scaling solution. The project will benefit from unparalleled community building and a unique loyalty scoring system. READ MORE 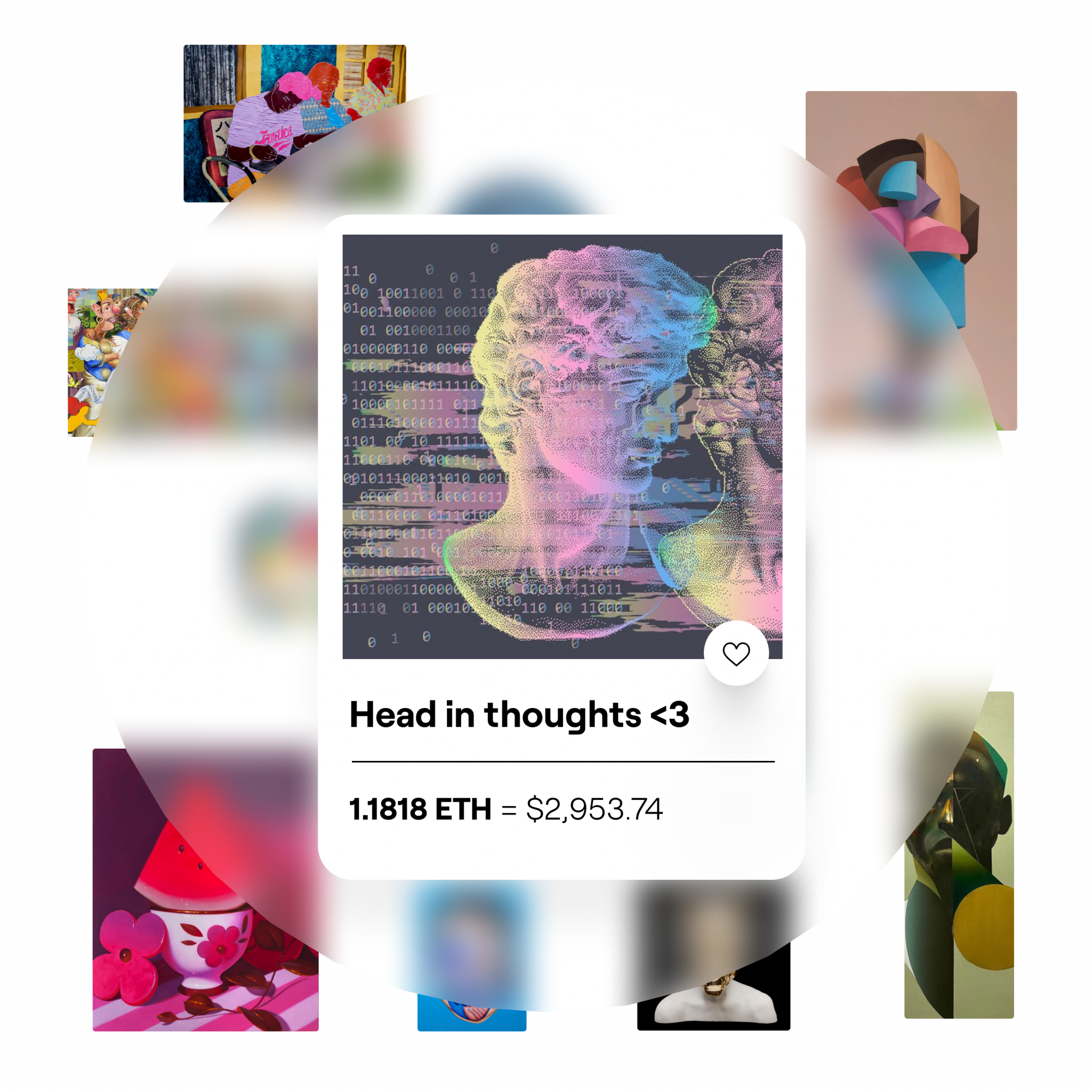 WISeKey and OISTE.ORG foundation Announces its Entry into the Humanitarian World of NFTs Through the TrustedNFT.IO Platform

WISeKey International Holding Ltd (“WISeKey”, Nasdaq: WKEY / SIX: WIHN), a leading cybersecurity, IoT and AI company, today announced that is teaming with the OISTE.ORG foundation, whose acronym is given by its original name in French, Organisation Internationale pour la Sécuritédes Transactions Electroniques, to enter the humanitarian world of Non-Fungible Tokens (NFTs) through the WISeKey TrustedNFT.IO platform.  OISTE holds special consultative status with the Economic and Social Council of the UN (ECOSOC) and is an accredited member of the Non-Commercial Users Stakeholders Group (NCSG) of ICANN as part of the Not-for-Profit Operational Concerns (NPOC) constituency. READ MORE

WISeKey International Holding Ltd. (“WISeKey”) (SIX: WIHN, NASDAQ: WKEY), a leading global cybersecurity, AI, Blockchain and IoT company, today announced it is joining forces with CasperLabs, the developer of Casper, the most reliable and secure blockchain for businesses, in a strategic partnership to bring trust to the hype around Non-Fungible Tokens (NFT) with the launch of TrustedNFT.io. READ MORE 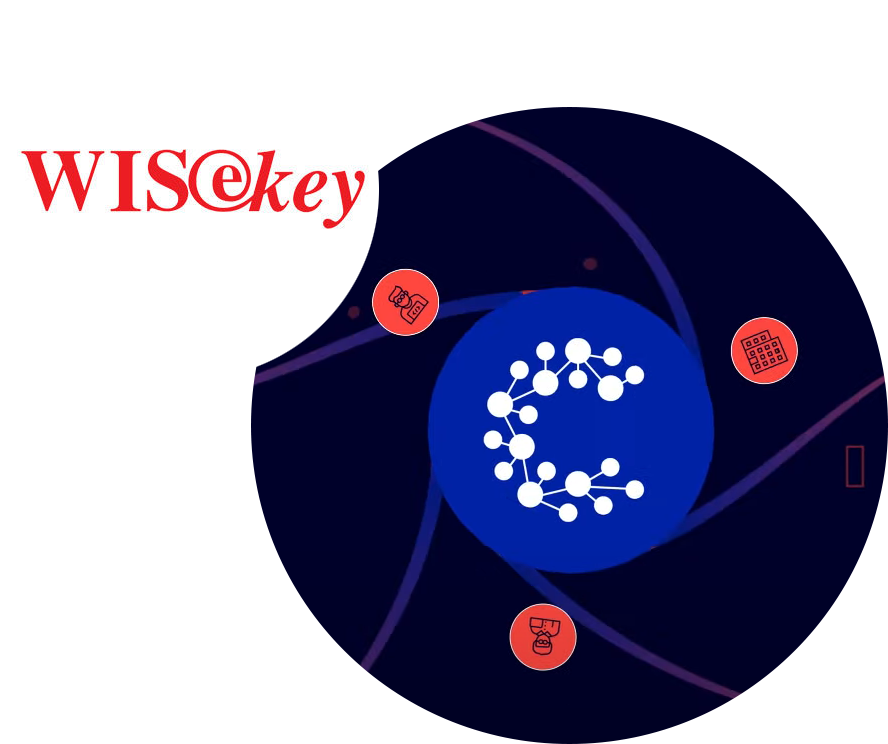 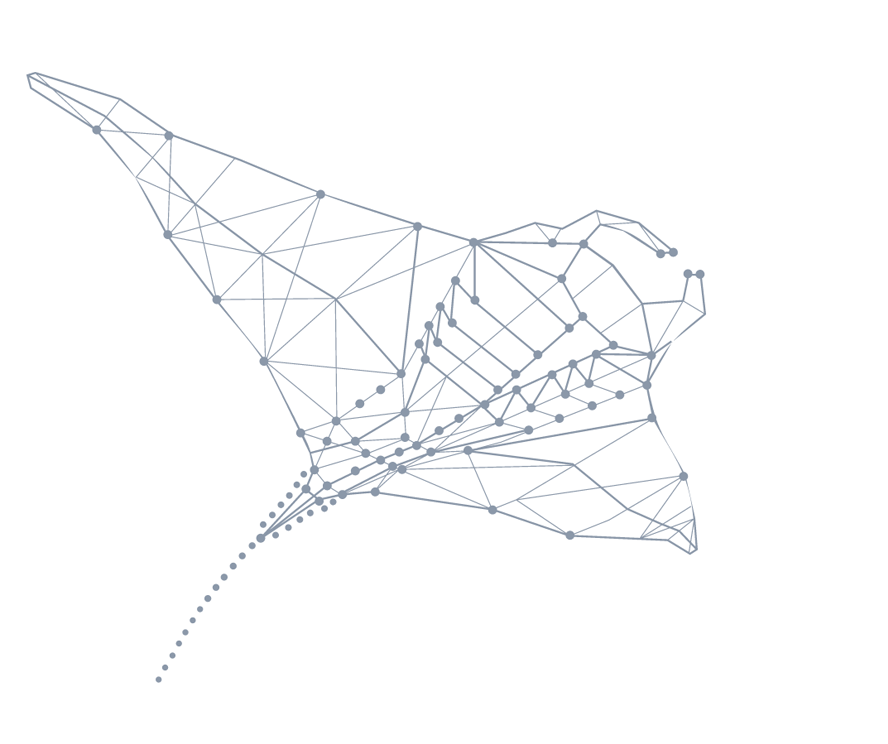 WISeKey’s technology supports an ecosystem of connected devices and creates a secured platform to help these devices become intelligent and trusted, able to identify, authenticate and verify each other, gather and analyze data and then safely share with other devices. As a pioneer of blockchain technologies, we are committed to continue our journey of creating cutting-edge applications designed to solve peoples’ problems, transform businesses and create a better world.”

WISeKey’s blockchain-based solutions aim to override the need for a central authority by distributing information previously held in a centralized repository across a network of participating nodes. While blockchain is not owned by one individual or organization, anyone with an internet connection (and access, in the case of private blockchains) can make use of it, help maintain and verify it. When a transaction is made on a blockchain, it is added to a group of transactions, known as “blocks.” Each block of transactions is added to the database in a chronological, immutable chain. Each block is stamped with a unique cryptographic code, which ensures that records are not counterfeited or changed. The blockchain approach lacks legal validity in most jurisdictions, which only recognize the digital signatures as equally valid that manuscript signatures when generated using traditional PKI technology.

A user-controlled digital identity typically starts with a number, unique to an individual, that is associated with a public key for which the user has the private key issued by the OISTE/WISeKey Crypto Graphic RootKey. The WISeID Network is a most deployed standard for digital identity operating since 1998 by a non-profit organization – OISTE.ORG – designed to bring the neutrality, trust, consent, personal control, and ease-of-use of Digital IDs to the Internet.

A Root of Trust (RoT) is a source that can always be trusted within a cryptographic system. A principal example is a Trusted Certification Authority (CA) which generates digital certificates that can be used for legally binding signed electronic transactions. The traditional PKI does not fit well with the heterogeneous blockchain distributed trust model that leverages the existing trust domains and bridges them to create end-to-end trust between them without relying on any common RoT.

WISeID Trusted Distributed Ledger Technology of Identity used to store the identity of objects and peoples and offers connected objects the ability to identify, authenticate and verify each other with a digital certificate. During each interaction, the Blockchain of Identity verifies and validates each digital certificate to secure the interaction Connected objects secured with WISeKey’s IoT chips produce a huge amount of Big Data that, when analyzed with AI, can help industrial applications to predict the failure of their equipment before it happens. The WISeKey platform allows the IoT device equipped with these chips to send authenticated data to the cloud using a dual factor authentication at the device level. Imagine a smartcard sending authenticated data of each component of the car to predict when these parts will require maintenance and to digitally sign all the logs required to prove that service was provided. This platform, which can be used in different industrial applications allows optimized productivity across industries through predictive maintenance on equipment and machinery, creates truly smart homes with connected appliances and provides critical communication between devices including self-driving cars and smart homes. The possibilities that IoT brings to the table are endless.

The Geneva Blockchain Congress has a rich program which also consists of world-renowned speakers and appropriately held in Geneva. It has dedicated to advancing the achievement of the United Nations’ Sustainable Development Goals (SDGs). READ MORE

WISeKey and the Blockchain Research Institute (BRI) sign an agreement for the creation of a number of interconnected Blockchain Centers of Excellence around the world.

The spirit of this initiative is to promote the use of blockchain technologies internationally, facilitate the rapid adaptation and on-boarding of blockchain based solutions, foster stronger collaboration between the public, private and academic sectors and cooperate to ensure that the latest technological standards are made available in a safe and trusted manner. The Blockchain Centers of Excellence will also be instrumental in prototyping, the co-creation of use cases and IP creation on blockchain technology and platforms. They will also become a channel to engage companies and governments globally in the work of the BRI, as well as a distribution channel for the BRI’s research.

Carlos Moreira, WISeKey’s CEO & Founder, noted: “The creation of Blockchain Centers of Excellency represent an important step to overcome the tremendous trust deficiency we currently live with and represent an unprecedented effort in fostering stronger collaboration between the public, private and academic sectors for the adoption of latest technological blockchain standards in a safe and trusted manner.”

Don Tapscott, Founder and Executive Chairman of the Blockchain Research Institute, noted: “Blockchain represents the second era of the Internet – from an Internet of Information to an Internet of Value. We at the BRI are delighted that the Centers of Excellence initiative will help the world get access to and take advantage of our work. ”

The Blockchain Research Institute (BRI) is a division of The Tapscott Group Inc. It is an independent, global think-tank, co-founded by Don and his son Alex Tapscott. The Tapscott’s are the authors of Blockchain Revolution – the number one global best seller about blockchain. BRI brings together the world’s top global researchers to undertake ground-breaking research on blockchain technology. Funded by a membership consisting of international corporations and government agencies, BRI’s multi-million-dollar research program features over 100 projects exploring the strategic implications of blockchain on business, government and society. From market opportunities to best practices and implementation challenges, BRI is dedicated to inspire and prepare private- and public-sector leaders to be the catalysts of the blockchain transformation.