Data protection and Cybersecurity for COVID Vaccination certification Implementing COVID-19 vaccine certificates is presenting policy makers with a range of challenges around secure data-sharing with the private sector and protecting citizens’ privacy. A multi stakeholders approach involving private sector, government, academia and regulators is required to protect our citizens and health institutors as governments across the world are considering whether and how to implement ‘passporting’ systems, enabling people to prove their vaccination or testing status for COVID-19 so they can access events, services and possibly work.COVID 19 protection.

Travel measures have been put in place in many countries in the world during the pandemic, including quarantine, testing and in some cases vaccination. 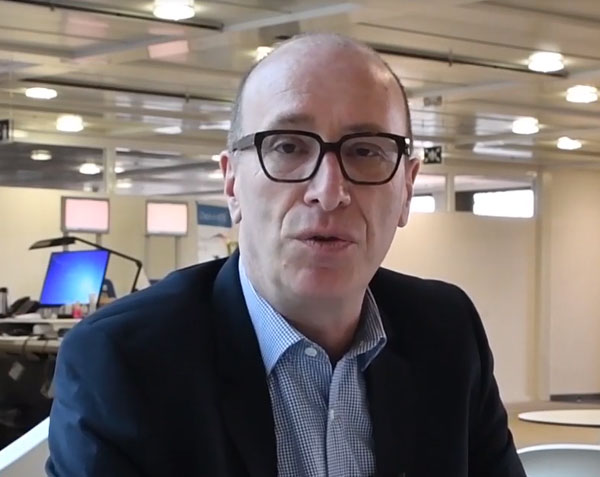 Pascal BuchnerDirector ITS & CIO at IATA

Pascal Buchner is the CIO of the International Air Transport Association since 2010.Mr Buchner has almost 26 years of experience heading IT organizations in industriesthat have been transformed by technologies such as the printing industry, themusic and entertainment industry and the distribution industry.

He has been driving the transformation of the IATA IT department into a well-recognized fast moving group supporting the association in its digitaltransformation. Since 2012 he is leading the IATA innovation network helpingairlines to grasp the benefits of the digital world. After achieving the ISO/IEC27001:2013 certification in 2014, he has kept developing a comprehensive cybersecurity strategy aimed at protecting the money of the airlines. He is nowfacilitating industry working groups to develop an aviationcybersecurity strategyand roadmaptoshape the nature of ‘how’ theindustry responds to thecybersecurity challenge to remain safe,secure, sustainable and resilient tocybersecurity risks, while at thesame time enabling state of the artdigitalization andconnectivity of theindustry to step change profitability,efficiency and thecustomerexperience in compliance with dataprivacy regulations.

Pascal Buchner started his career as a developer of military systems and worked fordifferent IT consulting firms in the defense, manufacturing, entertainment anddistribution sectors. 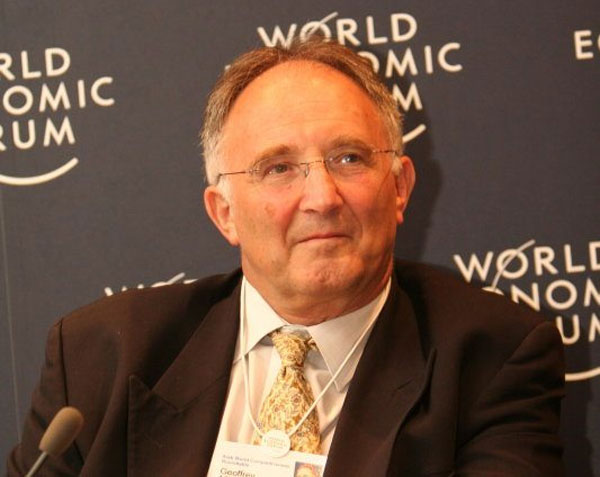 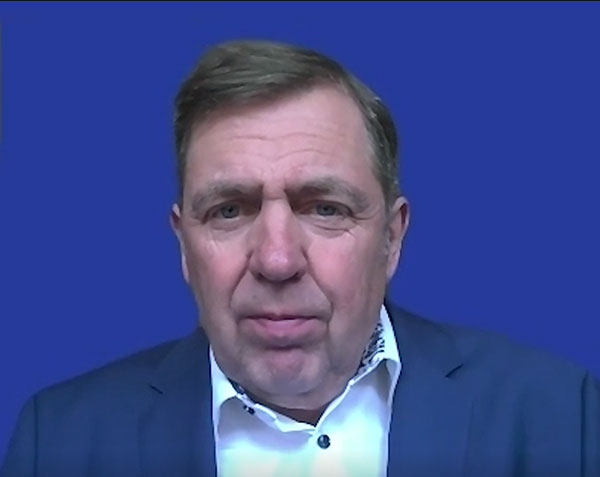 Pascal has co-founded eLOOP SA in May 2020, as its CEO, Pascal is responsible for leading the company, strategy, sales and marketing. His experience has demonstrated an ability to perform in complex and highly competitive environments.

eLOOP SA is a startup headquartered in Crans-Montana, Valais Switzerland, providing digital applications in the world of healthcare. The patient or citizen is at the heart of all our process and our data is secured by blockchain technology. Our first application, available since December 2020, is PIC a state-of-the-art Digital Personal Immunity Certificate developed on Blockchain. It certifies immunity and vaccination status. It is fully secured, 100% GDPR compatible, independent and meets all international standards (for ex VCI). PIC will ensure that no one is left behind, whether or not you are vaccinated!

In 2006, he co-founded Leaderhealth, a Digital Hospital Design startup, and at the same time was as well the Director of HIMSS EMEA, he was instrumental to start HIMSS in Europe.

From 2003 to 2005, Pascal was Vice-President at HP Europe Middle East and Africa, leading the Healthcare Business unit for over 2 years.

He joined HP from Cisco Systems. During his nine years there, his responsibilities grew from Sales Director in Switzerland, to Senior Sales and Marketing positions for Cisco EMEA Public Sector.

From 1990-1994, Pascal worked for Telecom Systems in Switzerland , and Cross Comm Corporation, as sales executive, and European Regional manager.

Pascal’s career began at the European Center for Nuclear Research in Geneva (CERN), where he occupied various IT management positions.

Pascal is bi-lingual in French and English, speaks some Spanish and Chinese. He was educated in Computer Science and holds an executive leadership degree from IMD Switzerland. He now lives in Switzerland with his family. 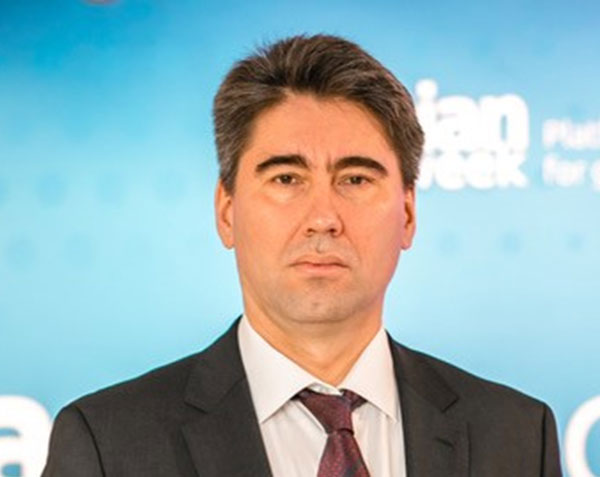 For a brief period while receiving his University education, Murat Seitnepesov engaged in scientific studies as a Research Fellow in the Institute of Nuclear Physics of the Siberian Branch of the Academy of Sciences of Russia. Upon completing his University degree, Murat pursued a career in banking as the Leading Specialist in the Central Bank of Turkmenistan and then Head of International Operations Division in the State Agricultural Bank of Turkmenistan. After that, he fully immersed himself in the areas of trading and logistics – first as an Area Manager and Board Member for Golden Bridge Ent. Inc. in UAE, then as Managing Director of Militzer & Muench Turkmenistan Ltd and Chairman of the Board of Emex Turkmenistan Ltd.

With ten years of hands-on and comprehensive experience in trading and logistics, Murat Seitnepesov moved his business operations to Geneva, Switzerland where he founded Integral Petroleum SA, company dedicated for development of the oil and petroleum products exports and logistics from the Caspian Region. For the next 12 years he has successfully developed his business into a Group of Companies which established itself as a reliable and socially responsible regional and global player. 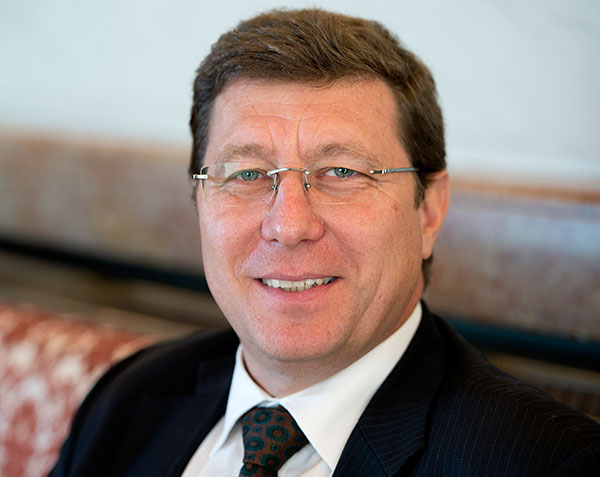 Up until 2013, Mr Poggia practiced law for several decades at the Geneva bar, specializing in all matters related to health and to health insurance. For fifteen years, he chaired the Swiss Association of insured persons in Geneva (Association Suisse des Assurés – ASSUAS). Mr Poggia was a member of the Geneva Grand Council from 2009 to 2013 and a national councillor from 2011 to 2013. He chaired the Latin Conference of Health and Social Affairs (CLASS) in 2017 and 2018. 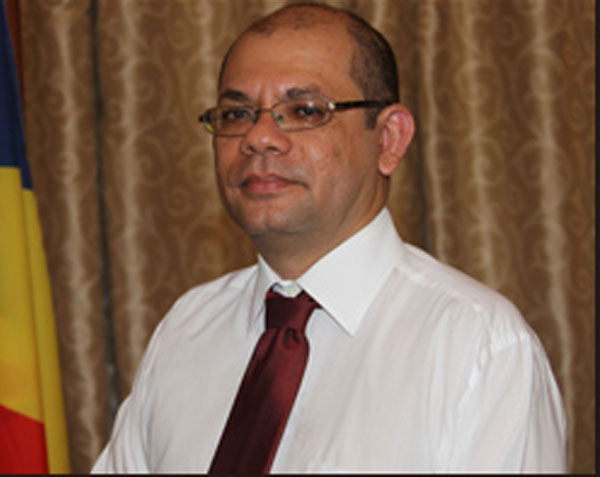 Mr. Choppy has been the PS responsible for the ICT portfolio in the Seychelles Government since 2004. Prior to his appointment as PS, he has served in several senior positions in the Government.

In addition to being involved in key ICT development initiatives nationally from 1999onwards; Mr. Choppy also lead the project to build the first optic fiber submarine cable system, SEAS (Seychelles East Africa System), to link the Seychelles in 2012. Presently he is also leading the work on the second submarine cable to the Seychelles which will provide the security of international connectivity to the country and is involved in various new Digital Government initiatives, in particular the enhancement of the national e-ID system. The latter involves a collaboration with the Swiss based company WISEKEY which has been the PKI provider of the Seychelles Government for many years.

Mr. Choppy has a Masters in Computing & Education from Kings College London (UK) and a BSc in Theoretical Physics from the University of Manchester (UK). 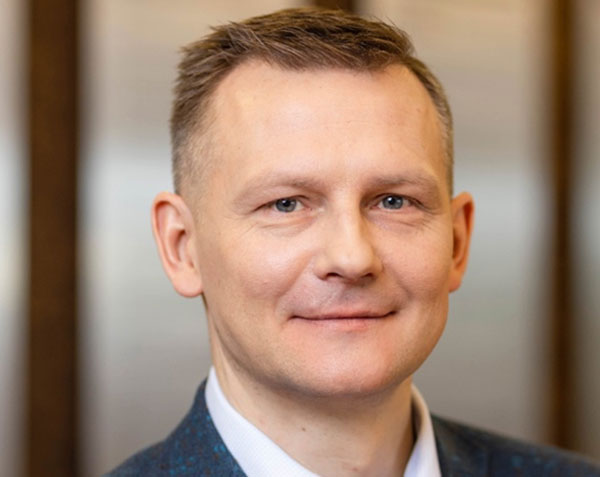 Prior to this he worked as Undersecretary for E-services and Innovation for Estonian government overseeing the digital transformation and innovation of health care, labour and social matters. Dr Aaviksoo obtained MD from University of Tartu and MPH from Harvard University.

He has earlier work experience as a physician, senior level civil servant, international level consultant on large system transformation and technology adoption in healthcare, health policy researcher, CEO of public policy think-tank Praxis and as a health-tech entrepreneur.
Dr Aaviksoo has published over 20 peer-reviewed articles and contributed into several book chapters on health policy and e-health, he is also regularly presenting as invited keynote speaker on digital services and health care innovation at international events. He is lecturing in various universities on innovation and technology in healthcare. 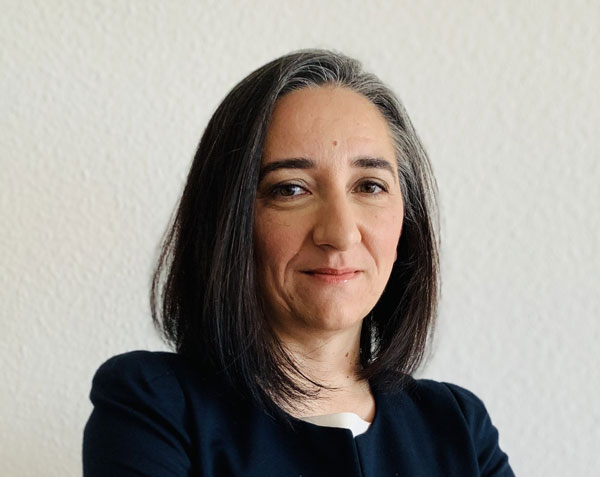 Vaia Sarlikioti is a leading expert in Agricultural Innovation and Technology, with 20 years of experience on the field. She holds a PhD in agricultural remote sensing and data modeling and a MBA in Business Strategy. She started her career as a research scientist working for a decade in world class research institutes on agronomic research such as Wageningen University in the Netherlands and INRA in France. She then moved to the industry, joining a leading Agtech startup as Head of Product and Operations.

Vaia has joined Philip Morris International (PMI) in 2019. In her current role, she is leading the Global Strategy for Innovation and Technology for Agriculture, overseeing a portfolio of projects where cutting edge technology is used to promote PMI’s strategic sustainability commitments.